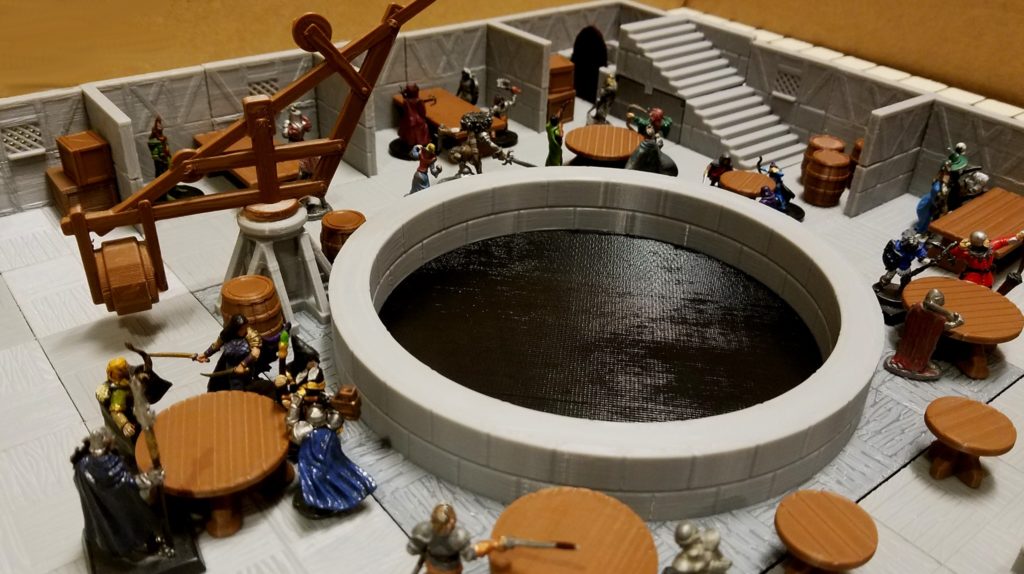 The dwarf was still staring at the well, having barely touched his stout, when he finally asked, “what kind of crazy son of a banshee digs a dungeon in a tavern?”

The ranger chuckled and then looked to the others before answering, “I believe the dungeon was already here, and they built the tavern later.

Dodkhi frowned into his beer and then looked up, “and that is less crazy?”

“Nyorak is correct,” interjected Tellion. “As the barkeep tells it, this was once the site of a wizard tower, well before the founding of the city. He and a bunch of his apprentices built the place, and the dungeon below it, and were never heard from again.”

“The way people are telling it, this mad mage, as he’s known locally, dug so deep that he unearthed many strange creatures and treasures,” interrupted the wizard.

The halfling nodded at Raelus and added, “then years later, after the city built up around it, the place fell into ruin.”

“All right, but why is there a tavern here?” asked the dwarf.

“Well that one’s easy,” Korak answered before downing his ale. After wiping his face, he looked at the dwarf and finished, “because who the hell wants to go down there sober?”