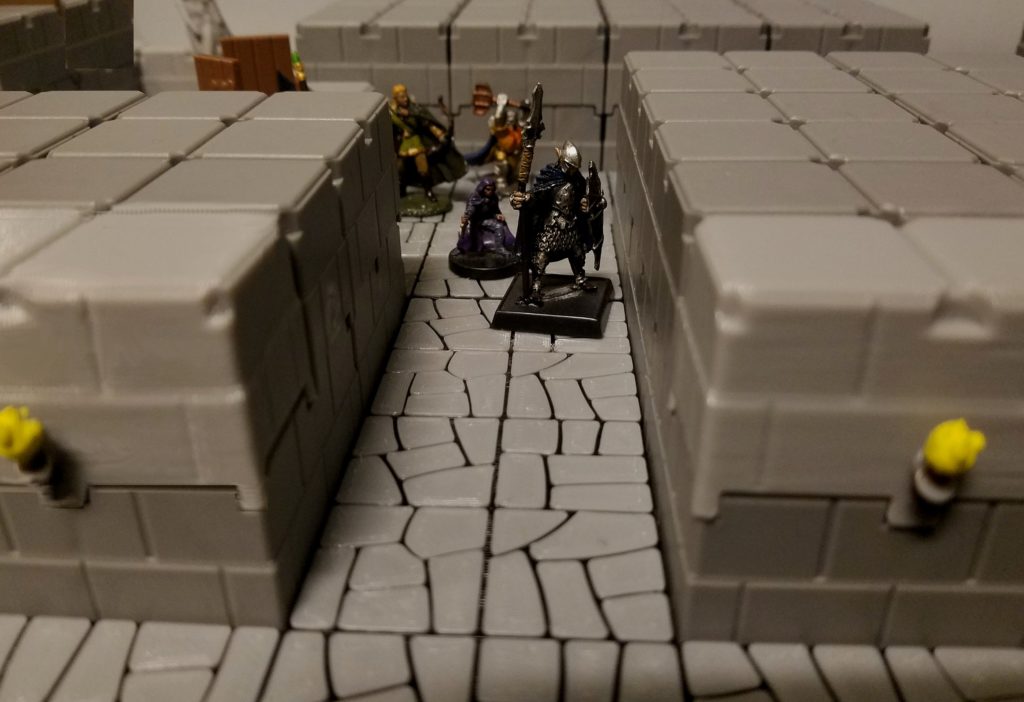 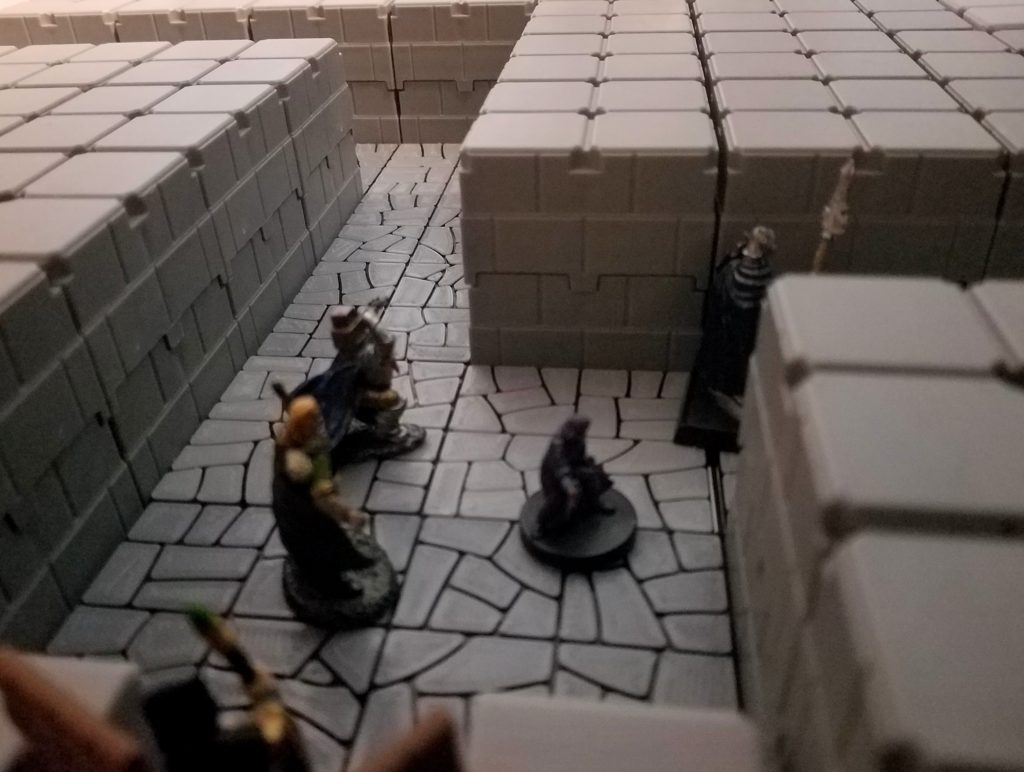 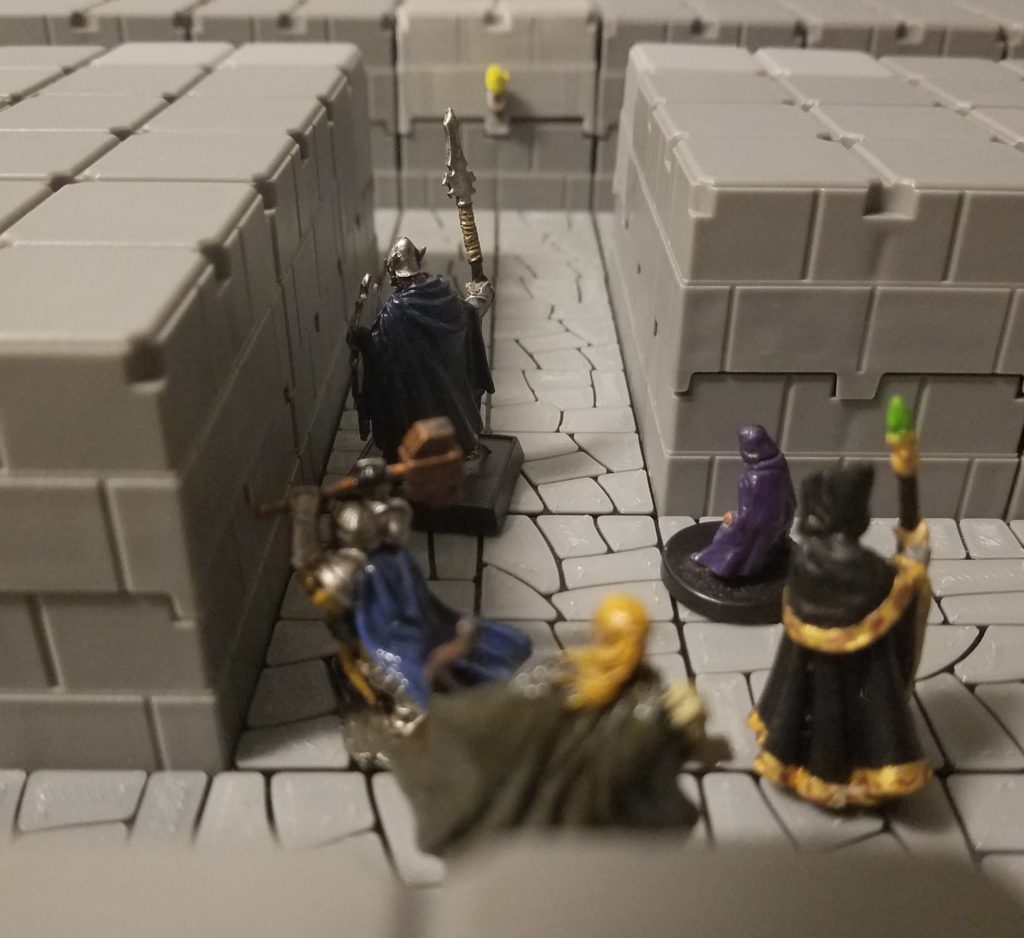 With everyone at the ready, Dodkhi opened the double doors to the east and then stepped back when he realized that there was some dim light coming from somewhere beyond and to his right. His lowered his stance and gripped his axe tighter in expectation of an imminent threat. But none came.

On the other side of the door was a narrow chamber that opened up into an alcove with two hallways, one in full view, stretching out about fifty feet ahead of them, ending with a corner turning left. The other hallway, to their right, headed south for about forty feet to a T intersection, splitting into two directions, with a lone candle flickering in a small recess on the wall facing the party.

The dwarf was the first to enter the alcove. After looking both ways, he moved left to allow the others to follow. Without a word, Kyorak and Tellion moved in and to the right, with Nyorak and Eyshea a few steps behind. The last to leave the room with the strange statue was the mage Raelus, who looked both ways before asking the obvious.

“Which way should we go?”