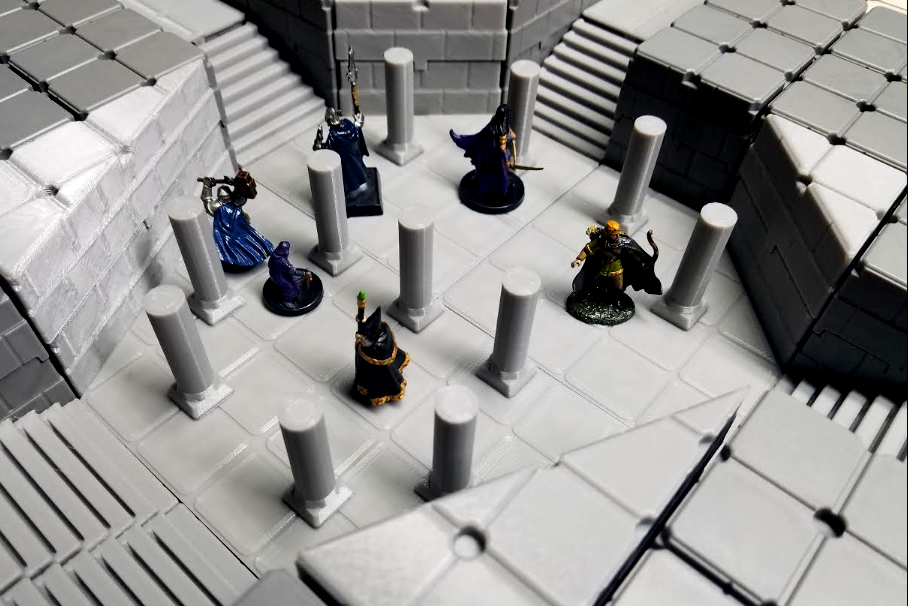 The dwarf kneeled down to inspect the long dead remains of some strange bipedal creature with what seemed to have a skull that resembled a large bird.

“Heads up,” called the ranger, “we’ve got company.”

His brother Korak, who was already facing the strange chamber ahead of them, adjusted his stance and lowered the tip of his halberd. “I didn’t hear anything.”

“I saw movement from the pillars,” Nyorak whispered.

In a hushed voice, Raelus leaned toward the ranger. “You sure it wasn’t a trick of the lantern light?”

Korak nudged the dwarf, “let’s move on. Eyes open everyone.”

As the company moved into the strange pillar filled room, there was a sudden movement from the far side. Nyorak rushed up near his brother, drawing his bow, but whoever it was had bolted up the stairs to their left. As he looked to give chase, Dodkhi grabbed his jerkin, “Don’t be a fool boy. Might be trying to lead us to a trap.”

“Or, might be, there’s a trap in here,” added Tellion.

Korak wasn’t comfortable with the layout of the room. It would be an easy place for an ambush, but he saw nothing for it. “All right everyone, take it slow, and watch the stairs.”

“Damn it Raelus,” grumbled the dwarf.

“No, sorry,” apologized the wizard, “that’s what it says here, on the wall.”