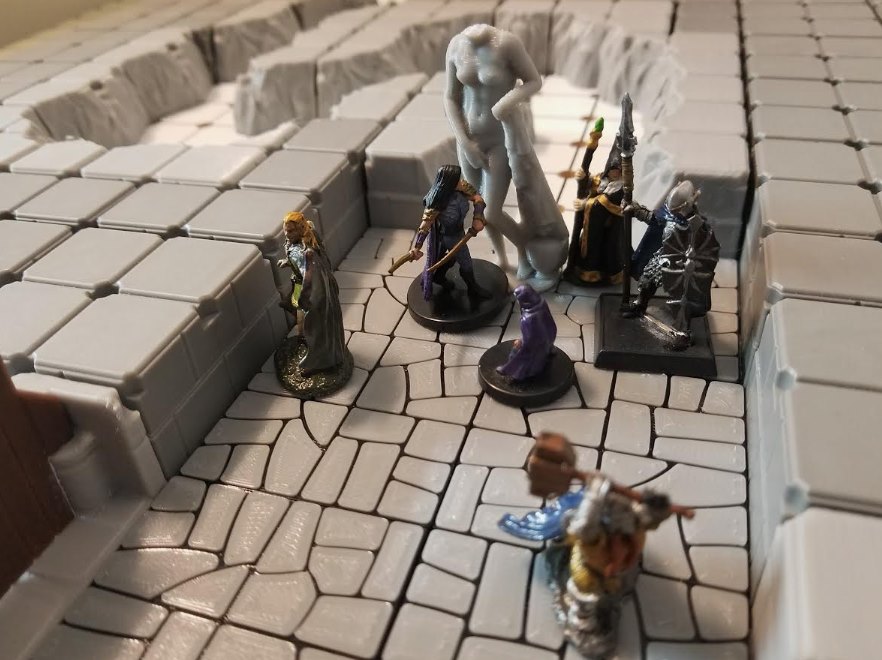 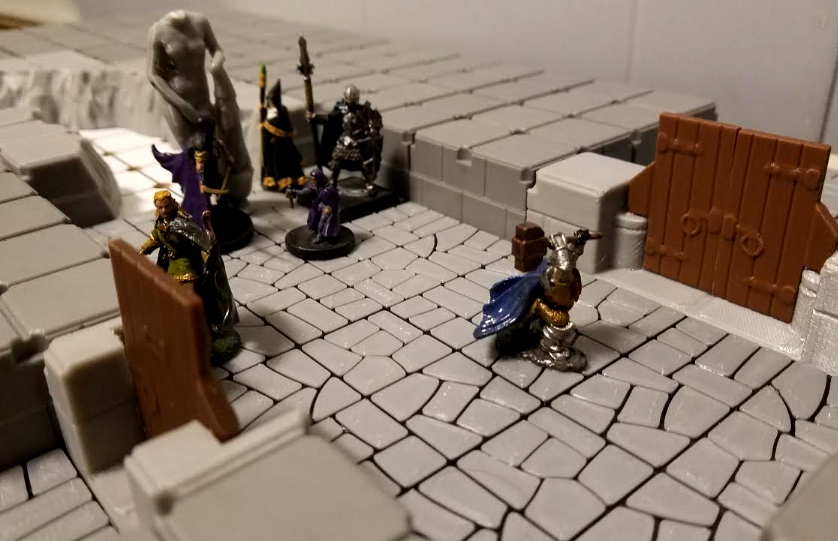 “This room gives me the creeps,” remarked the halfling as he worked his way through the rubble at the feet of the large statue at the end of the cavern.

Eyshea peered at Tellion in surprise, “I never would have imagined a statue of a naked woman would ever creep you out.”

“It’s not a woman,” the rogue responded, then pointed at what remained of the statues head near the corner. There, amongst the rubble was half of a stone serpentine face, like that of some grotesque snake.

The elf looked at the rubble, and then up at the headless statue. “Yeah, creepy.”

Nyorak moved further into the room. “You figure they went right or left?”