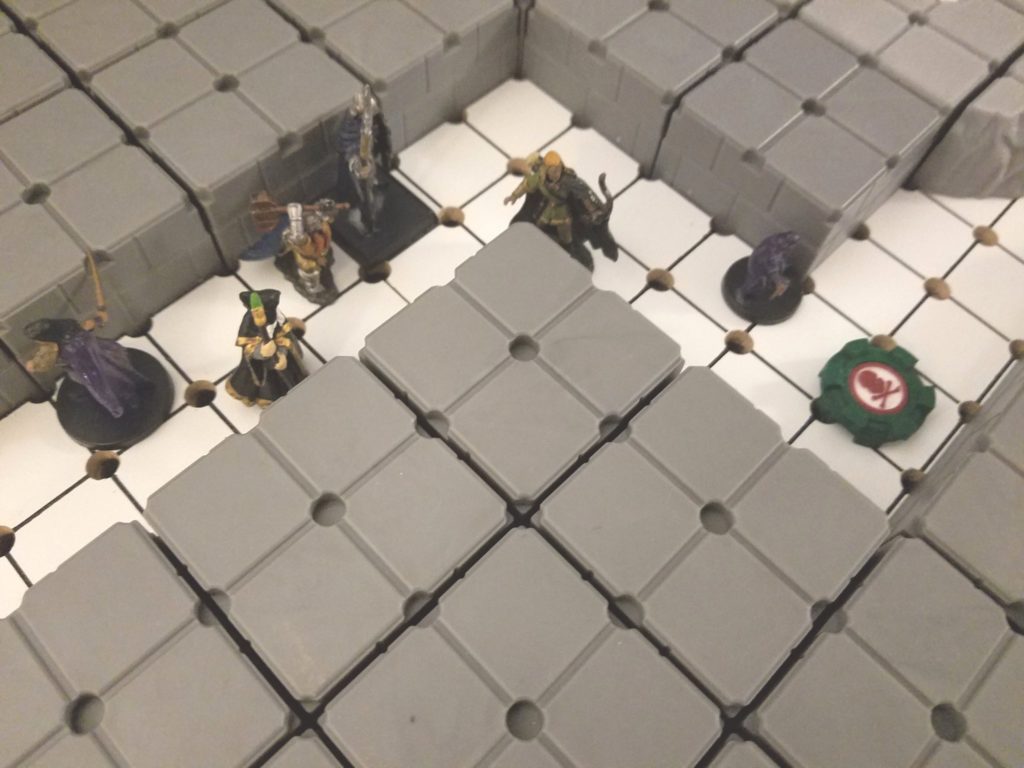 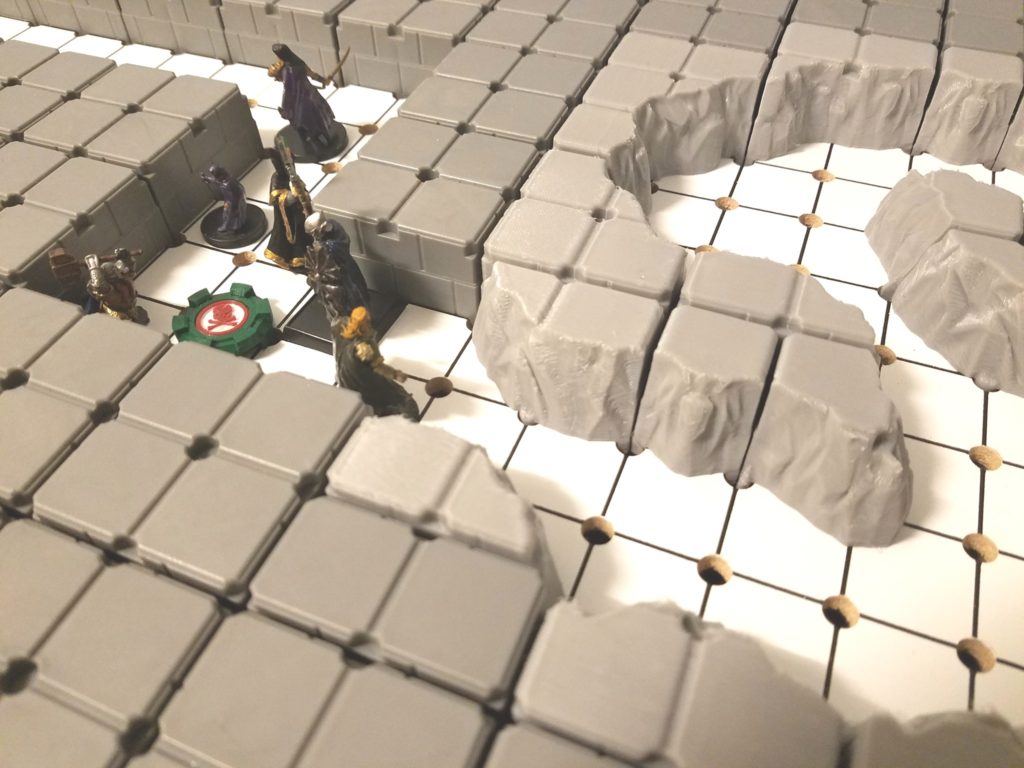 “We’ve got a body,” Nyorak called back in a hushed voice. The party spread out in the hallway near the corner as Tellion made his way up to the ranger.

From the same vantage, the halfling noted that the corpse was that of a goblin. “Dod was right, the smell was goblin.” He looked up at the ranger and added, “Cover me, I’m going to take a look.” His friend nodded to him and raised an arrow.

“Eyes to our back,” Kyorak quietly called, clearly to Eyshea. Without a sound, the elf centered her focus looking down the long hall behind them, as Tellion moved slowly to the next intersection.

After a quick look from the corner ahead of him, Tellion looked over the corpse, and then carefully around the corner for a few moments before backing again towards the party. “Looks like he was a miner. There are some discarded tools around the bend and it looks like they broke through a wall a short while down the hall. It looks short, but passible.”

“None, it looks like they just started mining at the end of dead end hall. Not sure why the hall just ended, but that’s what it looks like.”

After a few silent moments, Kyorak said, “alright, let’s move forward. We’ll take a quick look and make the call after we look over what they were doing. How did it die?”

“He got brained by something, looks like by a weapon. My guess is it was Dodkhi.”

Ignoring their banter, Kyorak urged the group forward, “pay attention, might be a trap.”

“My brother’s famous motto,” the ranger said and he started forward.